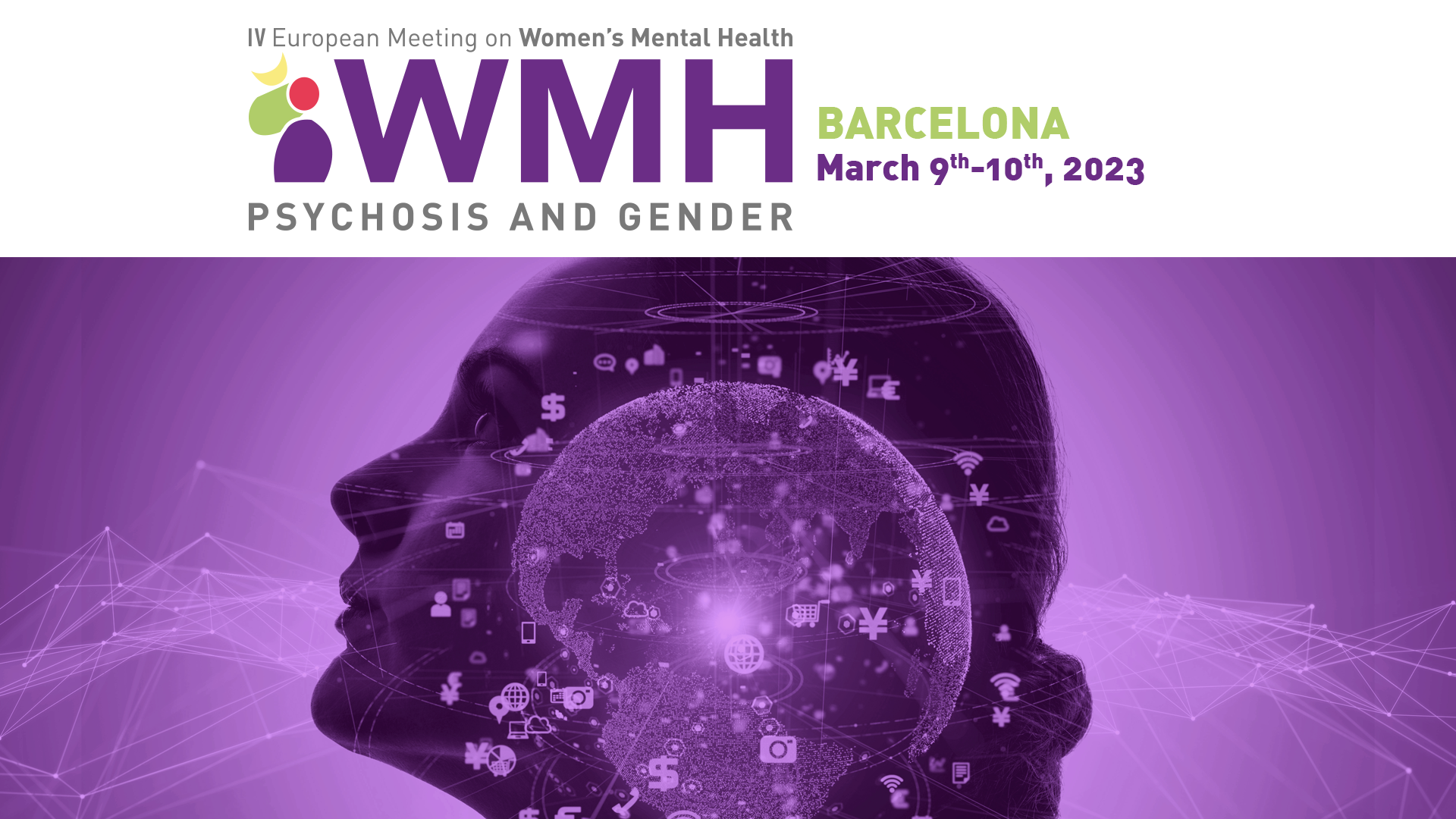 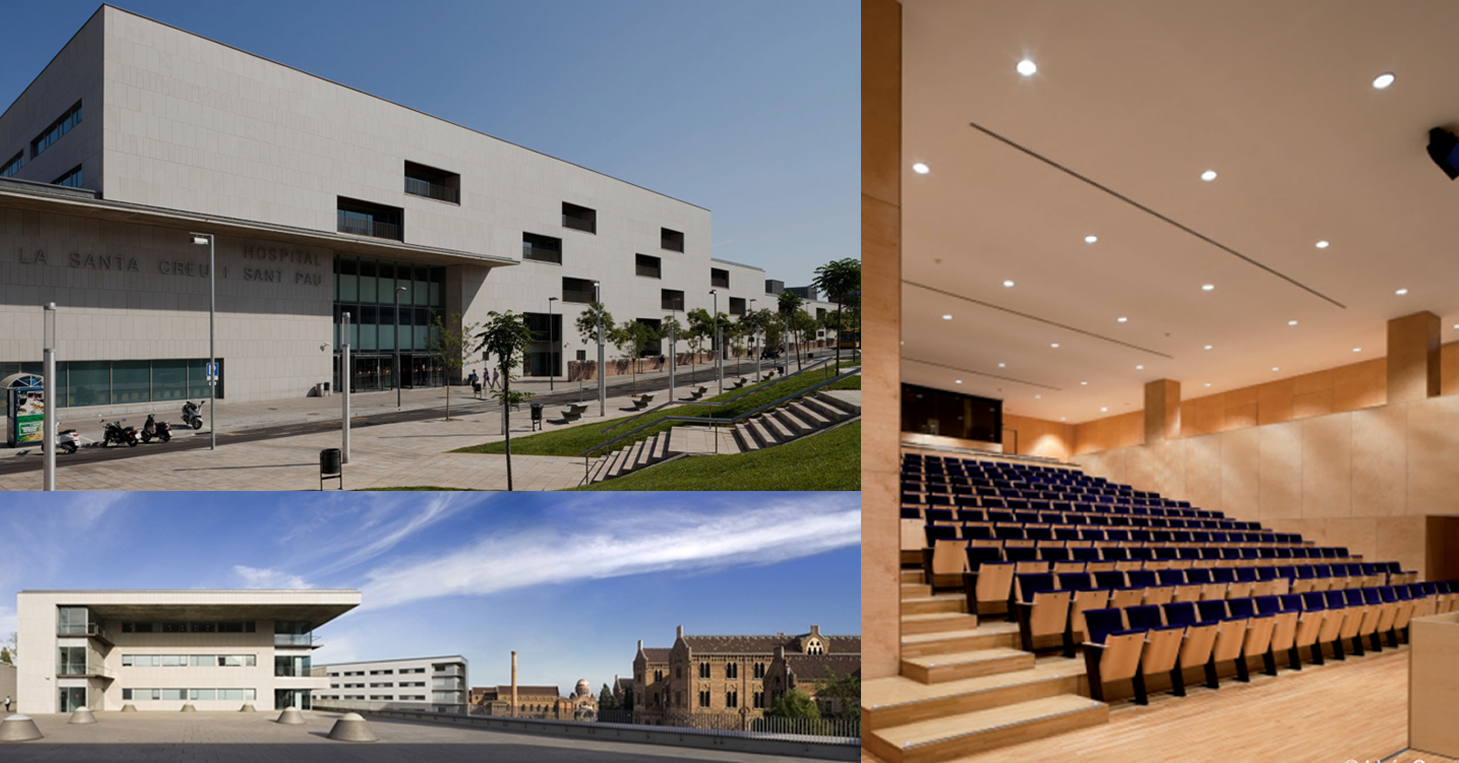 Auditorium Hospital Sant Pau
Mas Casanovas, 90, 3rd Floor Block A.
Barcelona
The Hospital de la Santa Creu i Sant Pau in Barcelona is the oldest hospital in Spain. It was founded in 1401, after a pest plague and famine caused six medieval hospitals in Barcelona to merge and form the Hospital de la Santa Creu. This functioned until the 1930s, and in its medieval heyday was considered to be one of the best in Europe. It remains one of the city’s most characteristic civilian Gothic buildings, and in 1931 was declared a national historic-artistic monument.

As was common during the Middle Ages, its basic function was to help the patient to eat and drink, relieve pain and infection. It treated the sick and those with mental disorders. It even took care of orphans, raising and training them, after which the boys entered apprentice guilds and the girls received a dowry from the hospital if they married.

In 1801 the Catalan Medicine School was created and almost all the great Catalan doctors were trained there. It was also in one of its laboratories that Ramón y Cajal developed his theory of the neuron for which he received the Nobel Prize for Medicine in 1906. As the city grew and medicine advanced the Raval neighbourhood become obsolete and too small, and the old hospital needed to be relocated. It closed its doors in 1930. Thanks to the administrators of the hospital and the legacy of Pau Gil, a banker, work began on a new hospital, The Hospital de Sant Pau i la Santa Creu. "Sant Pau" was added to the old name of "la Santa Creu" to honor the wishes of its benefactor. The architect Lluis Domenech i Montaner was commissioned to design the new hospital; building began in 1902 and was completed by his son Pere Domenech i Roure in 1930.

The hospital was to provide all services, and to conform to hygienists’ ideas he designed the streets, gardens, buildings, the water supply, a church, and even a convent. It was a medical complex based on the garden-city model, with its own urban layout, and comprised an administration department, a library, a modernist-style church, and a series of twenty-seven isolated pavilions, each different from the other, divided into medical specialties and linked to the others by two kilometers of underground passages.

The lighting, ventilation, and decoration of the rooms made the Hospital de la Santa Creu i Sant Pau a new model that pioneered the importance of open space and sunlight in the treatment of patients. It remains one of the most significant works of Catalán Modernism, as well as the architect's masterpiece, catalogued by UNESCO in 1978 it as a historic monument and declared World Heritage in 1997 for its singular architectural and artistic beauty.

At the beginning of the current century, the need for expansion of the hospital again became evident, as structural deterioration of buildings showed that the modernist group did not meet the necessary conditions to maintain quality of care. So began the complex process of relocating its facilities for the second time, and transferring the medical activity to a new building made it possible to start rehabilitating the modernist pavilions. This was transformed into a research centre accommodating benchmark international organizations in healthcare, sustainability and education. At present, seven entities are housed on this campus of knowledge (the United Nations University, the Casa Asia, the Global Water Operator’s Partnerships Alliance, the World Health Organization, the European Forest Institute, the UN-Habitat City Resilience Programme and the Global University Network for innovation) and the Historical Archive of the Hospital de la Santa Creu i Sant Pau, one the most important of its kind in the world today.

The new hospital was inaugurated in 2009 at the far north-east end of the traditional modernist complex. It was designed as a building in a shape resembling a hand, consisting of a main central block from which four wings for hospitalization extend like fingers. It now has a highly specialized staff and recognized teaching and research capacity in addition to its high technological equipment. It has over 35,000 admissions each year and more than 145,000 emergencies. Each year some 350,000 people are seen as outpatients and the day hospital attends to over 75,000 users. There are 136 day hospital points, 644 beds, and 21 surgical rooms. Teaching and training programs include the Faculty of Medicine Teaching Unit, the University School of Nursing, and participation in the State Residency Programmes to train specialists and provide continuing education. A Sant Pau Biomedical Research Institute (IIB Sant Pau) was established in 2009 to promote of basic clinical, epidemiological and sanitary service research aiming to improve the population health. Thus the Hospital de la Santa Creu i Sant Pau now spans over six centuries of history, art, and medicine.